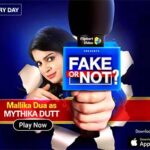 FAKE OR NOT (Yeh Hai Sach Ka Khel) is a fact-based game show by Flipkart, wherein every episode the host puts five questions to the viewers with the option FAKE or NOT FAKE. Every day a new episode is released in the game zone section of the Flipkart app. And a total of five questions are asked in each episode, on answering all five questions correctly at the end of the episode the player gets rewarded with a random prize which may include Mi TV Stick, ₹50 or ₹1000 worth of Gift Vouchers, … END_OF_DOCUMENT_TOKEN_TO_BE_REPLACED 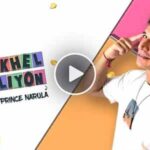 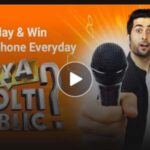 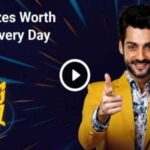 Bigg Buzz Challenge is a weekly Flipkart Video Quiz Show hosted by Karan Wahi based on the episodes of the reality show Bigg Boss hosted by Salman Khan. In every episode, a set of questions are put based on the multiple episodes of Bigg Boss 14. Those who are carefully following and watching the reality show Bigg Boss 14 episodes, it would be very easy to crack down the answers of every episode of Bigg Buzz. Flipkart Bigg Buzz Challenge Weekly Rewards ₹1,000 Flipkart Gift Voucher50 … END_OF_DOCUMENT_TOKEN_TO_BE_REPLACED 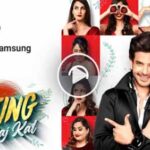 Dating Aaj Kal is a Flipkart app-exclusive Interactive reality show. The game introduces you to a medium that takes you on the fast lane of today's modern dating landscape where a girl meets five promising male prospects and evaluates them on their first impression, quirkiness, attitude, romantic abilities by navigating herself through these factors to zero in on the "correct choice" While watching the episode the participant needs to answer the questions by selecting the correct answer … END_OF_DOCUMENT_TOKEN_TO_BE_REPLACED