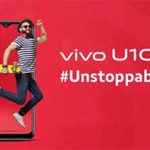 Vivo has been recently launching smartphones very aggressively and with this, it is making its impression very strong in the Indian market. The recent launches of Vivo are Vivo Z1 Pro, Vivo S1 and the successor of Vivo Z1 Pro which is Vivo Z1X. Vivo has finally launched a new budget smartphone named Vivo U10, which is also termed as UnstoppableU. Vivo U10 is the first series of the smartphone which is launching under U-series. Vivo U10 is sold only on Amazon and it is an online … END_OF_DOCUMENT_TOKEN_TO_BE_REPLACED 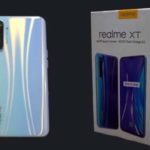 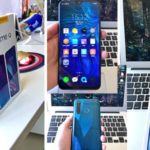 Recently there was a buzz going on that realme is going to launch a new smartphone named realme Q. But after looking at the leaked images of realme Q, all the specifications of the smartphone and look of the phone matches with Realme 5 Pro. So this means realme Q is a rebranded version of Realme 5 Pro for China. The company had teased the image of Realme Q series which is powered by Snapdragon 712 in China, this is the same SOC on which Realme 5 Pro is running. As per the image, realme Q … END_OF_DOCUMENT_TOKEN_TO_BE_REPLACED 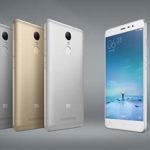 There can be dozens of reasons that explain why you want to monitor someone’s Android phone. If it is Xiaomi Redmi and you are wondering which spying app for Android is going to work on this smartphone, then we are here to solve this problem for you. You will need a spying app that’s compatible with it and also that has all the right spying features to meet your spying needs. You will find a number of spying apps in the market that claim to be the best spying app in India but not all of … END_OF_DOCUMENT_TOKEN_TO_BE_REPLACED

Mukesh Ambani has announced launch of Reliance Jio Phone at the Reliance Industries Limited Annual General Meeting. Reliance Jio Phone is a smartphone with 4G VoLTE network connectivity feature. This phone will be available for pre-booking from 24th August, and it will be sold on the basis of first come first serve. This all new Jio Phone by Mukesh Amabani has titled it as India ka Smartphone as it will come bundled with features like SD Card Slot, 4-way navigation and many more things. … END_OF_DOCUMENT_TOKEN_TO_BE_REPLACED